Will KokoCat survive the change from contented inside cat to living on her own as an outside cat?

KokoCat, a well-loved housecat, has seen the world only from the safety of her windows. One day, she takes advantage of an open door and runs away to explore. Once outside, she finds that life is more complicated and less enjoyable than she bargained for. Hungry, lost, and alone, KokoCat takes shelter under a trash bin, dreaming of her former life and the people who care about her.

Endorsements for KoKoCat, Inside and Out

“If any lost cat deserves to be found (and of course they all do), it is KokoCat. I love the artwork and the details about KokoCat’s personality. Follow her outdoor adventure and learn why it is better to be inside than out.”
—Pet Detective Kat Albrecht, Founder, Missing Pet Partnership

The debate over whether domestic cats should be allowed to roam outside has made it into picture books—or at least half of it has. This story introduces KokoCat stretched out on her back, a contented indoor animal: “She stalks the sun around the room.” A few pages later, she rests on her pillow, licking her paws: “KokoCat is warm, well fed, and loved.” When the opportunity arrives, however, KokoCat escapes into the mysteries of the outdoors. She encounters a fierce tomcat, water from a “sour puddle,” a chasing dog, and little food; she sneaks under a trash bin during the stormy night. Graham-Barber and Lane succeed in making this adventure a scary one, and when the cat hears familiar voices calling the next morning, she seems visibly relieved. The last line reads: “KokoCat is an indoor cat. For good.” An afterword spells out what the book has suggested through terse text and realistic paintings, offering convincing arguments for keeping cats indoors for the safety of both songbirds and the cats themselves. Grades K-2.
—Abby Nolan

This book should be required reading for all cat owners! Lynda Graham Barber's careful, direct words combine with Nancy Lane's beautiful, realistic illustrations to present a vivid picture of the comfort and security of an indoor cat, contrasted with the frightening, life-threatening dangers faced outdoors. KokoCat, Inside and Out gets across an important message without "preaching," in a manner that will appeal to all ages of cat lovers as well as to the uninitiated. An important book with a vital point!
– Libby Phillips Meggs,
author of Go Home! The True Story of James the Cat

If any lost cat deserves to be found (and of course they all do), it is KokoCat. I love the artwork and the details about KokoCat’s personality. Follow her outdoor adventure and learn why it is better to be inside than out.
– Pet Detective Kat Albrecht, Founder, Missing Pet Partnership
About the Author 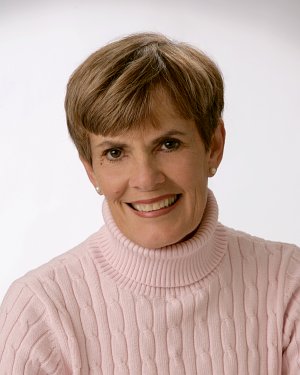 Lynda Graham-Barber abiding passions for writing and animals have intermingled for four-decades, as children’s book editor, writing teacher, author of 13 books, and an animal rights advocate. The author, who holds a MFA in Writing for Children from Vermont College, lives in a small stone cottage, which she helped build, situated on 160 wooded acres in the Northeast Kingdom, Vermont, with her artist-husband, David, and their rescued dog, Biscuit.

Other Books in "Pounce! Purr! Read!"

... a gorgeous book with a beautiful message: that all creatures love their lives just like we love ours.
— Sy Montgomery, author of Becoming a Good Creature

“Living creatures do not get any cuter than McDuff ...”
— The New York Times Book Review

... A fine educational tool for children who think they may be ready to give love and attention to a pet.
— Kirkus Reviews